Perhaps I'll be called "old-fashioned" in what I have to say today, but that's okay.  It's simply my turn to be a senior citizen, and that gives me the same right to say what I believe is true just like everyone else in this fast-paced society of ours.  Have you noticed that there's been a gradual shift to a 24-hour-a-day, 7-day-a week work schedule?  Well, medical research is now starting to report the negative effects this is having on people, and those effects are quite significant.

Several reports from the Harvard University Nurses' Health Study Program "have linked insufficient or irregular sleep to increased risk for colon cancer, breast cancer, heart disease and diabetes."  Research from across the country is showing that lack of a good night's sleep affects crucial hormones and proteins that play major roles in these diseases.  All of this goes on within our bodies without us even realizing it.

Getting too little sleep creates a "sleep debt" which is the same as being overdrawn at the bank.  Eventually the human body will demand that the debt be repaid.  While the body may get used to a sleep-deprived schedule, our judgment, reaction time, and other functions and behaviors are still impaired, despite how we may argue otherwise.  If a person can routinely fall asleep within 5 minutes of lying down, that person probably has severe sleep deprivation.

The American culture has created the widespread practice of "burning the candle at both ends," and what used to be abnormal is now the norm.  That doesn't make it okay.  Medical research makes it clear that a lack of sleep is dangerous.  Sleep-deprived people have been tested with driving simulators and by performing hand-eye coordination tasks, and they are shown to perform as bad or worse than people who are intoxicated.  The lack of sleep also magnifies alcohol's effects on the body, so when a person is tired and drinks, they become much more impaired than someone who is well-rested.  Statistics show that driver fatigue is responsible for an estimated 100,000 motor vehicle accidents and 1,500 deaths each year, according to the National Highway Traffic Safety Administration.  Drowsiness is the brain's last step before falling asleep.  The National Sleep Foundation says that if you have trouble keeping your eyes focused, if you can't stop yawning, or if you can't remember driving the last few miles, you are probably too drowsy to drive safely. 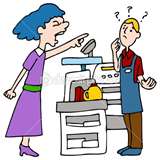 Other effects from lack of sleep include impaired memory and mood swings.  Frustration with others and irritability with one thing after another are classic symptoms of not getting good sleep.  We've all heard the old saying, "beauty sleep."  That may be the case, really.  Activity in parts of the brain that controls our emotions, our decision-making processes, and social interactions is drastically reduced during deep sleep.  This suggests that good deep sleep helps us get to along better with our families and co-workers, and is a beautiful thing.

I don't have a dog in this fight.  I simply sit back and watch with interest as others self-destruct by working too many hours and not getting enough sleep.  Life goes by too fast the way it is.  It's just not worth the struggle of having to work so much and sleep so little.  It's easy for me to say that now that my working years are behind me.  But, I do know that when I didn't get enough sleep, I was as cranky as an old car.  As you might have guessed, I'm wholeheartedly in favor of the 'old-fashioned' 40-hour work week and the 8 hours of good sound sleep at night.
Posted by Nature Weaver Gypsy
Newer Post Older Post Home
"ALWAYS tell the truth, use kind words, keep your promises, giggle and laugh, stay happy and be positive, love one another, always be grateful, forgiveness is mandatory, give thanks for everything, try new things, say please and thank you, smile."